Angular v15 has been released!

Angular has become one of the most popular front-end frameworks for building dynamic web apps. The framework is open-source and maintained by Google, boosting its reliability. Today 1,20,000 + websites are running on the angular framework, made possible by google through continuous maintenance and updates in the framework.

The recent angular 15 version 15 has further carried the legacy of the open-source market and taken the front-end development further. Here are the refinements announced in Angular v15 leading to a better developer experience and performance.

Angular 14 bought a number of features and updates to boost the development experience. Now, Angular Version 15 takes it to a new level. Let us look at what Angular v15 brings.

Stable Standalone APIs Are Out Now 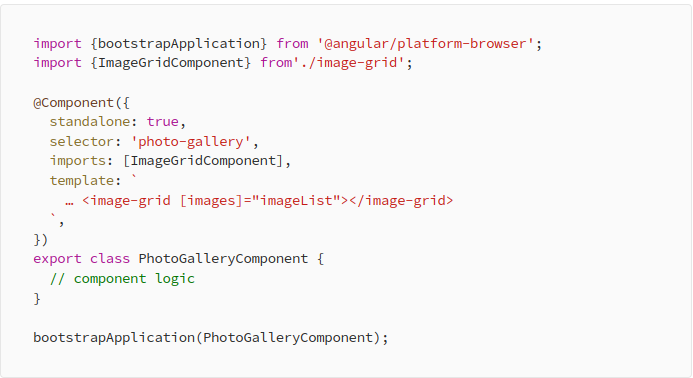 Building a multi-route application using the new router Standalone APIs is easier with the new Angular v 15. Here is an example:

In below code we showcase:

Until now, the image directive was in the developer preview. Angular v15 makes Image Directive stable for the developers bringing a 75% improvement in LCP.

To use within a component (Source):

The Component Dev Kit or CDK is highly used by Developers to build behavior primitives for UI components. With the recent v 15, the Angular team added another primitive- CDK Listbox.

The angular team worked on reducing boilerplate in guards.

In the below example, we showcase how to define a guard that verifies logged-in users:

Let us write the same code after refraction:

Improvements in esbuild for Faster Builds

Angular version 15 brings automatic importance to language service. The components used by Developers are now automatically imported into the template without the requirement to add a standalone component or NgModule.

Steps towards simplicity of coding

The angular team has announced a few deprecations:

The image directive functionality of including a <link rel=”preload”> will make sure that images set on priority load faster. Also, the directive automatically preloads the specified image.

Angular developers struggle on a daily basis while debugging. After partnering with Chrome DevTools, the overall stack tracing has become efficient with Angular v15.

The Angular community has raised the bars to a new level with Angular V 15. We are actively waiting for what the Angular team brings next in the near future to amplify the development experience of developers.