Why Considering “Cost Factor” is not enough to hire a mobile app development company?

Waking up in the morning and reading rising stats of your competitors is more painful than having a hot sip of tea accidentally. Isn’t it?

When you see that your competitors have done his business on mobile or has developed their business-related mobile app, it might hurt you when you came to know that the rising results which you have read in the morning are due to having a mobile app.

And, why it would not be? When you go outside, you must encounter the scene where people are continually gazing at their Smartphones without blinking their lashes. This will make you realize that you should also have a mobile app for your business.

Are you ready to launch your app or improve the visibility of your business? Chances are, you don’t have the necessary skills required to develop your app or the time to sit down and make it work- you probably know nothing or little about writing code, but you still want to bring your ideas to life.

Yes, mobile apps have changed the way we do business and engage consumers. If you are not leveraging mobile tools, you will be leaving a lot of money on the table. Studies have shown that users prefer to access the internet through their mobile devices.

Let’s consider some interesting facts and stats about mobile app industry and kickstart your business with the power of mobile application.

To step in the world of digitalizing the business, it is not necessary to know the all technicality & coding of the application. Well, learning the code is a great option, but for most of the people it is not like that much easy, or they don’t have time to make it happen so. The time you will spend on learning code you would use that time to make more effort towards growing your business. You just need to hire an app developer and identify the cost to hire a mobile app developer. But, do you think, estimating cost of an app developer is enough to move on? No, its not!!!

Hire App Developers-might to be a great way to go with.

So what would be your primary step towards hiring an app developer? Asking for the cost that the developer would charge to develop your business app. Right?

Well, this would not be enough to asking about cost or considering “cost” is the only factor that helps you to hire an app developer. Had the asking for cost be enough, “Caroline Woodhouse, CEO of Where4Events” would not had lost over $500,000 to developers while trying to build her Where4Events App. According to her, you should not trust developers — be sure you are outsourcing your project to the right developer.”

Things That You Should Know Before Hiring a Mobile App Development Team except cost factor!

Being a businessperson, you should know some key essentials of hiring a mobile app development team so that at the end of the day you would not regret that you made a mistake.

Be Clear About the Platform You Want To Develop For

Being a businessperson, it is essential you know upfront the devices you will want your app to support. Some developers will claim they develop for any device and operating system. Don’t you ever take those app developers too seriously?

But, If you are clear about your objectives and have decided to on the specific devices, you will be keen to stay active on your choice.

Well, if you “Want 5 Star Rating on Your App” then go for native app development but if you are hiring a developer who claims to develop the app for both the platforms iOS and Android then be sure they are good at UX & UI and deliver the app with the great performance.

Because there were, an incident happened-

Southwest Airlines thought cross-platform apps were the best way to go — develop once and push to several devices, but finally, they confessed:“It was horrible across every metric: functionality, performance, UI, Facebook CEO, Mark Zuckerberg said it was their worst mistake.”

Be Very Sure That Your Developer Understand Your Project Very Well

This is grave. Ensure your app developer gets a proper understanding of your project. Because sometimes, you transfer all the required information related to your project to developers, and when you ask them what they have comprehended then there would a line of disappointment traced.

They Could Disappear Without a Trace

Some of the app developers have their own space, and they usually forget the commitment, which they had given to you. Well, in that case, hire the reliable and reputed app development team like “RipenApps Team“.

What Are The Factors That Should Consider Before Hiring App Developer?

Previously, you have noticed that- “what are the areas where you (businessperson) need to focus by yourself, & now the factors that should consider or ask the app development team or developer which you are going to hire for your valuable project.

Portfolio of Their Previously Developed Apps

So, make sure to ask them to show the apps they have done before. To make sure that the app developer is the right fit for your project, you should test a few developed apps and also go for the reviews and the feedbacks of the app.

“That way you can begin to gauge whether or not they have the skills, experience and vision to produce the type of mobile app you’re looking for.”

Ask To See Their Clients & Their Reviews There is also an option to ask the app developers about their past or current clients for which they are working so that you can ask them about the reviews and the deliverables- how committed that developer towards his KRAs, how he has been delivering the deliverables or you can visit the testimonials of the past clients. Ask the developer about their expertise and language recommendation to your project.

Which Method He Peruse-Agile Development Or Else? In the process of making your business app, you should be sure that the development of the app should not impede due to having some development, cost or other issues. This will be sure while your app development team is using agile methodology or working sprint wise because sprint wise working helps app developer as well as testers to understand what the problem is and where the problem comes from.

Agile developers tend to get things done more efficiently and have a better approach to the minimum viable product (MVP).

What Is The Technique Of Working That App Development Team Adopt? Analysis of the market or the business you are going to launch, or your competitors have already performed or performing the wireframing of the client’s requirements in terms of meeting their all demands and needs.

After implementing accurate coding, there should be quality testing done to ensure that the app you have developed is bug or glitches free. Ex. In-House Testing, Beta Testing.

After matching the checklists of the App store or play store, would your app developer can perform App launch or not.

Ask the developers of the development team to share a link to their GitHub Repository.

Asking for the developer account does not mean that you are going to use their developer account, but you only need to confirm that yes he has developed and published apps in his past career.

As mobile app development has various procedure to perform until its launch, there are also several tasks that should be performed after app launch called “App Post Launch”.

Ask For Documents of Developed App

Documentations are important. When your app is up, and you need another developer to improve the functionalities, the documentation can be of great help. Be sure they provide documentation even for how to use the app.

What would be the Payment Locks?

The best thing you can do to ensure you’re covered is to have a very well defined set of deliverables when you get to the payment stage.

If you have read this article and not just scan it, then you’re more likely to hire an app developer. It is not a guarantee, but if you follow the steps and take precautions, your next hire will be a blissful experience. I’m sure.

Hence, considering the only cost is not the right factor before developing an app. You must focus on the above-mentioned pointers, which could make your money or effort safe and secure.

RipenApps is the best place to hire Excellency, Expertise and Experience. If there is any query, then drop us an email at [email protected]

1. How to hire the best mobile development team?

Hiring the right company is a complex choice to choose from. With a clear development plan, checking out the portfolio, reviews, and expertise are a few of the pointers to choosing the best mobile app development team.

2. What is the cost of hiring a mobile app developer?

There are app development companies who are offering the exceptional mobile app solutions and also there are many frauds who claims to develop the best apps but drains your money.

Hence, while hiring app development team, app developer or a freelance app developer, it is mandatory to look out all the necessities I.e, skills, experience and portfolio. Ask how much it cost to hire an app developer from the company and then calculate it by your own.

4. What are the best place to hire a mobile app developer?

5. How much does it cost to hire a mobile app developer? 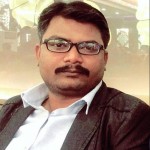 Vaibhav Sharma is the Business Head of RipenApps, the fastest-growing mobile app development company. Holding expertise in creating a user experience, he has a firm grip on product strategizing that gives clients a clear roadmap of their product development lifecycle.