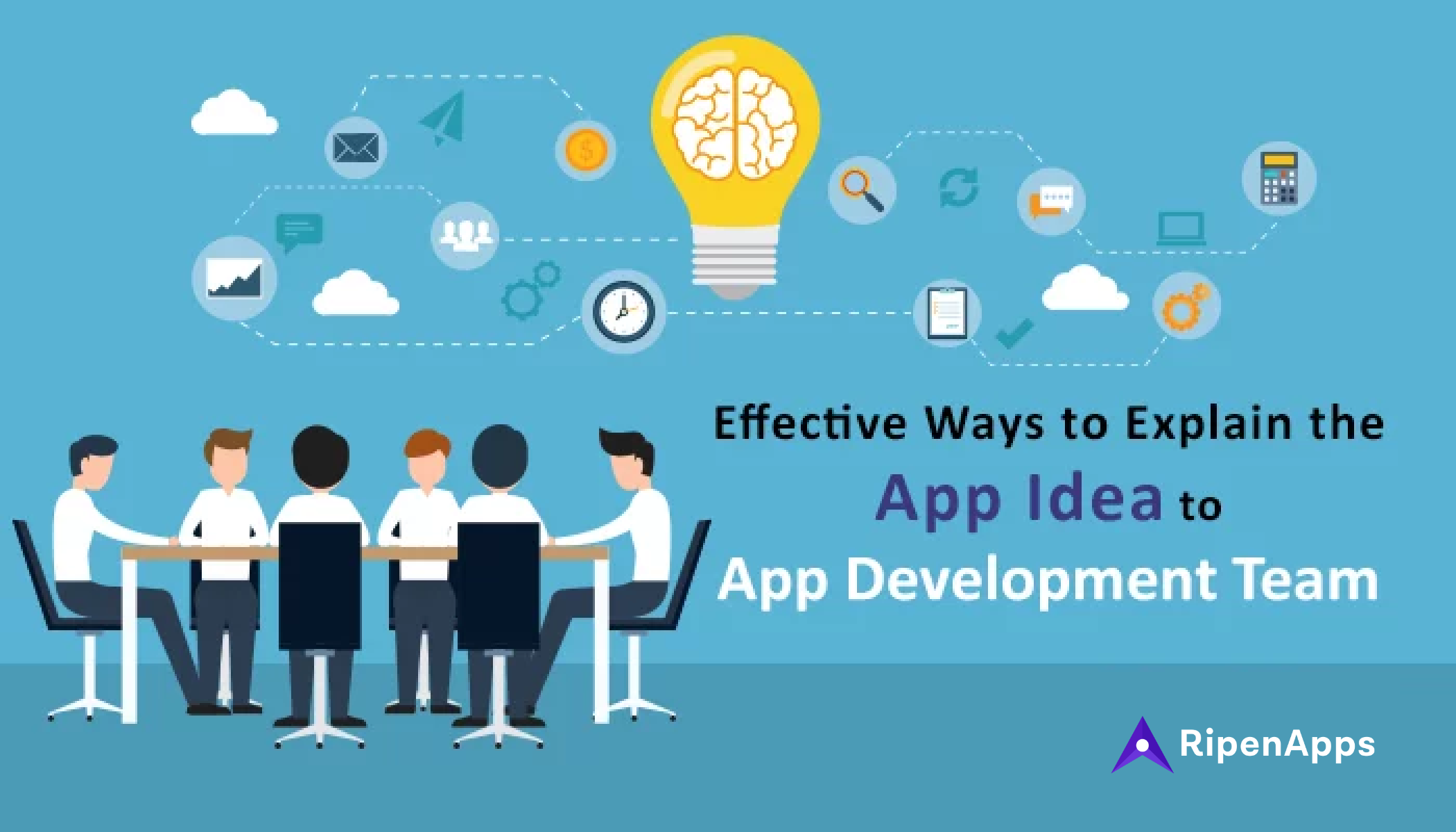 An application is the best medium to attain a great height in a shorter time period. For this, it is not enough to only make up the mind for building the mobile application it also requires finding a set of good application developers or the app development team. After finding a good set of developers, it becomes quite imperative to express as well as establish successful communication with the development team.

The user needs to give a brief introduction about his company to the app development team so that they may also come to know the following:

Once the introduction gets complete, tell the developers team about the type of audience the user wants to target in real-time. Also, introduce yourself, whether you are an entrepreneur or a professional who is representing his company.

2. The Composition of the App Development Team:

The structure as well as composition of the app, and the development team varies or depends upon the size of the project. The app development may include a project manager, iOS and Android Developers, backend operators, UI/UX designers along with app testers.

3. Segregate the Project into different Segments:

The best way to explain the app idea for a full-proof explanation is to divide the app project into different segments or categorize it into different categories and break it into small bits. As discussing the whole application in a single go may lead to creating some confusion and thus, making a wrong approach for app development.

The effectiveness of explaining the app idea can be increased by taking the support of the flow charts having the images and the diagrams as well. Here, mainly the focus is emphasized on the app functionality i.e. the users get an estimate about what the actual page is displayed when he/she taps a particular button or function.

5. Clear Explanation about the Functions:

The necessary functions of the application need to be clearly defined by the user as this plays an important as well as a crucial role too. The main reason behind this is that here an elaborate explanation is required

6. Asking for the Quotation and Project Deadline:

The most important thing that automatically comes to mind while talking about app development is the budget. Moreover, this is the only main point that most entrepreneur keeps at the top of their list.

The development team needs to make an estimated chart regarding the investment they are making on the app development. This can easily be done either by meeting the professionals or by emailing them.

Even the user needs to prepare the deadline regarding the completion of the projects that either, needs to be flexible or followed strictly.

7. Develop Graphs and the Visual Mockups:

The visual mockup plays a crucial role during the app development as through mockup the developer can easily communicate with the UI and UX designers. Through this vital step, the designers could get a basic idea regarding the visualization of the mobile application.

9. Establishing Healthy Communication with the Team:

The development team does very hard work while designing and coding the application and thus, enjoys working with those clients who respect their hard work and appreciate their work with happiness. Thus, it helps the client retain a long-term relationship with the developers’ team or the mobile app development company.

Thus, it is a very important point that the client and developers’ team make healthy communication by using free, professional as well as simple language during the discussions about the app development.

Although it is a crucial and important point of app development for making the business heights, it is also important for the user to communicate in a healthier way with the app development team as this strong bond will help the users to get a real app idea to be visualized in reality.