Android 10: Say Hello to This New Feature-loaded Treat of Google

It was a long time that everyone was waiting for experiencing Android 10 and after months of waiting-it was first unveiled at Google’s Android Developer Conference last November-and no less than six back-to-back bets versions released to developers since last March, Android 10 has finally arrived.

This version is coming up after a long wait along with breaking change that the company adopted for the first time in the company’s history that is not based on a dessert name. This sounds the company has rebrand plans for Google’s Android.

Although we all hearing the dates of a launch from the last few days, now it finally announced at Android Developers with a statement “Welcoming Android 10“.

However, not all the Smartphones will be receiving Android 10 as of now, but only the owner of Google’s Pixel Smartphones & few more will be able to update their phone with Android 10 including.

The new version has come up with lots of security and privacy features along with many attractive features too.

If you are an Android user and need to comprehend what Google has come up for you with Android 10, here are 10 things that will enable you to unravel Google’s latest mobile operating system.

Besides this, Android 10 features 65 new emojis, including 56 gender-inclusive emojis. It also comes with support for direct audio streaming to hearing aid devices.

This new OS is like a door to all opportunities for the new app ideas that are running in various minds now. To get a complete app development consultancy as well as services, RipenApps is welcoming you at sales@ripenapps.com

Presently, Technology can virtually fly &
benefit every industry around the world thro....

The recent year has witnessed a remarkable spike
in mobile app development due to affordab....

How can a Non-Technical Entrepreneur Build a Tech Startup?

Software-driven billion-dollar companies have been
around for a while and when we thought .... 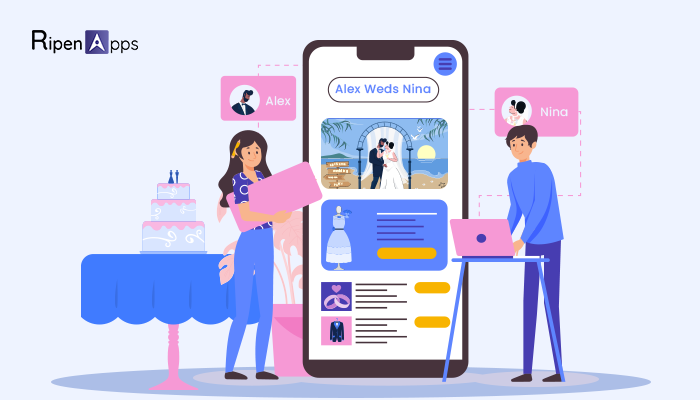 Wedding is a big day in everyone’s life, where
we want everything PICTURE-PERFECT withou....