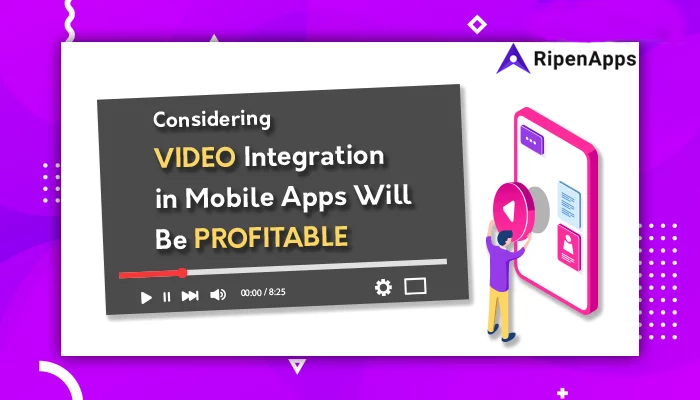 Why Considering Video Integration in Mobile Apps Will Be Profitable?

Mobile apps keep the tendency to perform millions of tasks in seconds, and you will need to make choices as you decide which features or components to build into your mobile app. Have you ever considered Video? We guess you might not have considered yet. No matter what features your app has and what functions your app does, but you should think about video integration in mobile apps as you should focus on adding video components in your mobile app.

Must be wondering? Why would my app need video integration to raise the revenue bar & customer-reach as well? Well, there are plenty of reasons to integrate videos in mobile apps.  Unlock Few…

Reasons, Why it is Vital to Perform Video Integration in Mobile Apps

Human is more likely tends towards watching videos rather than reading a phrase. Video within an app provides more information rather than textual information app in the video. This is the reason why most of the top mobile app development companies always focus on the UI and UX designing of the app. Videos about app’s features and functionalities in the app provide users a visual guide about how to use the app or what are the features that app has. A small ad about App’s functionality gives a clear vision of what your app does, and these videos will increase user satisfaction as well as user engagement during the time spent in the app. 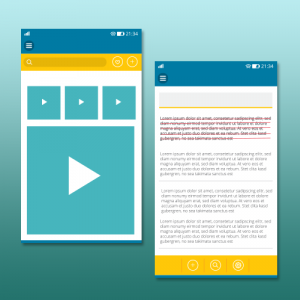 Let’s have an example: when you go to a store and buy an electric appliance for your home, it includes a video that describes how each part of that appliances works and performances. Every video presents a step-by-step installation guide for each specific model. Buyers follow and fix their appliances.

The stats around mobile video are amazing. Statista has proved, the majority of consumers around the world mostly use mobile apps to access videos on their mobile devices. You need to be part of that and you need to perform video integration in mobile apps to be in the part of this race. Example: A time-tracking app can provide a simple entry to video, with reminders on appropriate time logs.

A 30-second video will get users amped up for your app in manners a screen capture basically can’t. Videos can sell the app in a publicizing group, offer a short see of your app’s functionality or do both. These videos are shown conspicuously in Google Play and Apple Stores. Also, in excess of 300 elective stores exist to enable you to promote and sell your app. A large portion of them, including Amazon, will allow you to show a video. 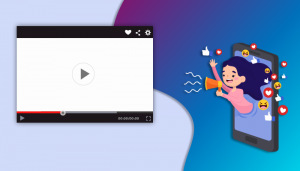 Let’s have an example: A game app can offer help using video at centerpieces of the game. Before imminent clients realized what Angry Birds were, they were blessed to receive a short introduction video that delineated a mammoth finger pulling back a slingshot and thumping over pigs. It played just before the game started. This different video exhibits an honor winning game, Monument Valley.

Talking about advertising, you can utilize your app’s promo video via social media platform, as well. By and large, Facebook reports more than 8 billion video sees for each day. 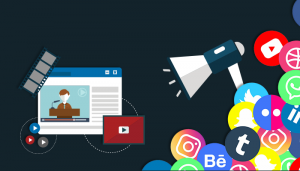 Precedent: An app could handle muddled procedures by featuring passages via social networking media channels. Walk users through the process by appearing quiet and cheerful individual gradually making each stride. With video, users can rehash the same number of times as expected to address their concern.

Around 80 percent of apps are erased after only one use. Some apps appear to guarantee a specific something and convey another. With more than 6.5 million apps out there, it will be simple for yours to get lost. That is most likely not what you were expecting after all the work, time, and money you put into structure your app. An introductory video that shows what your application is and what user can expect will go far. If a buyer is looked with two comparable apps; however, one offers a pleasant, short explainer video; chances are the one with video will get approval. Indeed, even a short video can help strengthen a client’s certainty that your app addresses his or her issues. 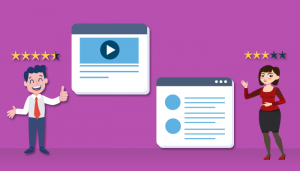 Precedent: Linear-based apps, for example, a personal tax document, could begin with a video clarifying the procedure. This loosens up the users before she or he begins. At that point, videos en route can offer further guidance as required.

Since time is running short, exertion, and money you’re putting into the app itself, you may feel enticed to utilize pre-assembled kid’s shows using format services. Don’t. The videos integration in mobile apps should also be integrated with design or quality of the app. Else, you show potential users that your app is put together. This fumbles their desires.

Video integration in mobile apps ought to be coordinated into the app itself. A connection that sends clients to YouTube doesn’t cut it. Every video ought to be so much a piece of the app that it streams and feels like a piece of the user’s understanding.

If you are thinking about building an app that gives the user a clear picture of features and functionalities then, you must integrate a video in your app so that user get excited about your app and tends towards your app. On the way to integrate videos in apps, one should hire android mobile app video integration Development Company, that gives a proper integration of videos in apps and provide a growth door open to all.

All the above-points mentioned here can clearly make you understand that why video integration in mobile apps are in high demand. Go ahead and make your app a perfect one among millions of apps in the store with the help of video integration and if you are confronting with any issue then leave your issue on [email protected]