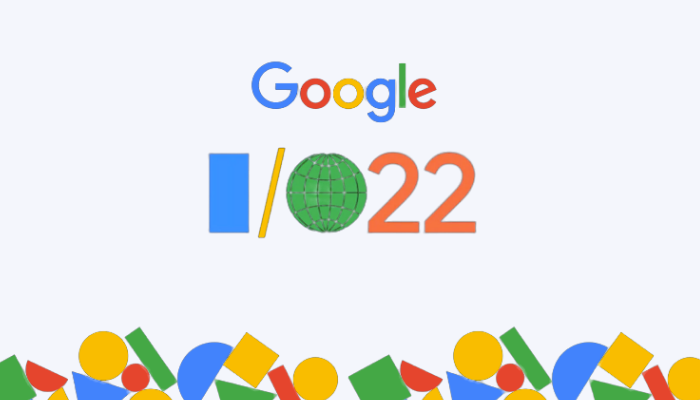 Google is on the path of delivering new levels of simplicity and connection with its products to ease the life of its users. It is doing the same for developers who believe in delivering robust products that revolutionize the digital world. Google’s recent IO event for developers states some extraordinary add-ons to assist their motto of the digital revolution.
Focused on augmented reality, Android, chrome, flutter, fire-base, google, cloud, and machine learning, Google is all set to provide developers a smarter and quicker way to solve problems for users through apps. Let us look at all the important things announced at Google’s IO 2022.

Google built ARCore to bring an immersive Augmented reality experience to the users. With ARCore, Android & iOS smartphones can sense the environment around them and connect to the right information. The technology uses:

With the recent announcement in ARCore Geospatial API, developers can utilize the google earth 3d models and street view to embed an immersive experience in the apps. The immersive experience can fetch real-world locations from 87 countries providing a flexible way to provide an AR experience to the users.

For Modern Android Development, Android Jetpack is an essential pillar. Jetpack assists developers to follow best practices in their code. It has a vast library with strong community support to build unique apps. Google announced updates in three major areas:

The company has also announced Jetpack compose and Health API to WearOS. The Jetpack Health API provides a smooth integration for the users to gain insights into their health data. It integrates flawlessly with multiple devices.

Tablets devices are becoming more common for go to productivity sessions while traveling. In the Google IO 2022, the company has showcased its seriousness toward big-screen devices. They are ready to provide a flexible app-building process for the developers targeting big screen devices.

Google announced new features for Android Studio Dolphin Beta and Electric Eel Canary. It will let developers stay productive while building revolutionary apps. They can develop the apps faster and stay more informative. Developers can now start using the beta channels of these features with a close to stable quality. Animation preview is set to coordinate with View Compose animations. Developers can apply preview definitions at once to the app designs. They can test the apps by pairing them directly to the WearOs inside the Android Studio.

Flutter 3 is ready with the goal to provide better productivity and integration to the developers. If you want to learn more about Flutter 3, check out our detailed news about Flutter 3.0, everything announced for it.

Google is continuously creating revolutionary products for the end-users and it never ignores developers to let them build revolutionary products. Google is set on the path to providing a flexible, quick, and accurate app development process for the developers to save their time on coding unnecessary activities that can be solved by Artificial intelligence. We are all ears to see what comes next from Google.

Get update with Weekly Blog Always remember that you are absolutely unique.