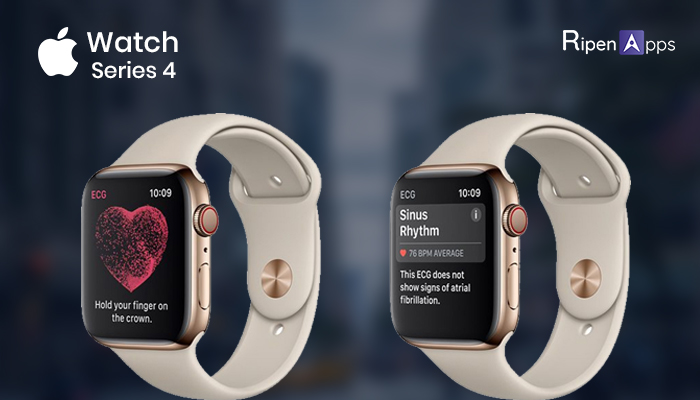 Apple has finally revealed its hotly anticipated Apple Watch Series 4 wearable; showing off a new, larger form factor, upgraded hardware and more new features than you can shake a stick at.

Despite all rumors, Apple watch doesn’t have a circular screen; the new model comes in rounded squared shape once again. Instead of redesigning watch’s size, Apple has made some subtle but the important tweaks to refine the design.

The new Apple Watch 4 is available in 40mm & 44mm sizes. This makes the watch much wider than the previous generation Apple watches, which came in 38mm or 42mm options.

According to COO Jeff Williams, the works means the 40mm version’s screen is 35% larger and the 44mm’s display is 32% bigger.

Under the umbrella, Apple has made a few more significant changes.

For new users, it uses a new S4 dual-core 64-bit CPU that the company states is twice as fast as its predecessor.

Apple’s added an ECG sensor to the watch.