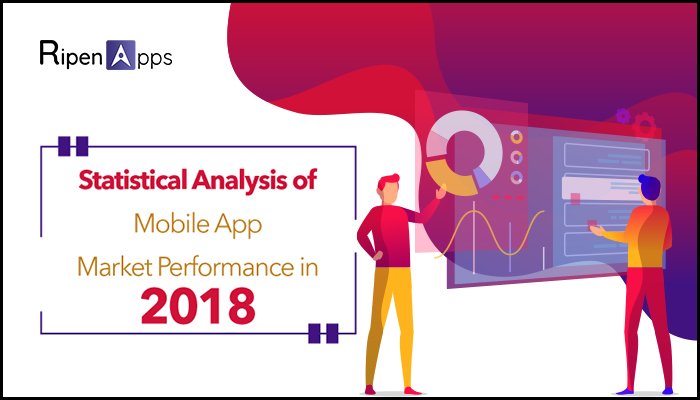 So, yet another year has passed, and we are on the door of welcoming 2019. Might be you did not experience a significant change in your life, but we cannot mention the same statement for the mobile app industry & technology.
The mobile apps and devices have gone through a constant evolution where one saw the advent of new trends & enhancements of the existing one.

So, it is a great time to overview the 2018 mobile app development statistics & reports, inspecting the insights & facts about the trends & market.

If we talk about the statistics- statista revealed that users across the world are expected to touch the number of four million by 2020.

It can be mentioned as a significant shift from desktop to the mobile.

Here, in this article, we have cumulated must know mobile app development statistics & reports into a single list, featuring accurate reports from across the industry.

Statista revealed that 61.2% of the globally mobile population accessed the internet from their mobile phone in 2018.
According to ComScore: In 2018, users spend on average 69% of their media time on their smartphones
Zenithmedia.com’s report says that mobile devices are expected to carry 80% of global internet practice.
According to research, 65% of the user’s statement is that they trust the relevant mobile source when using a smartphone for analysis. 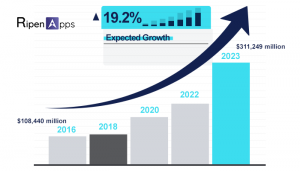 When it comes to spending behavior of customer on App Store & Google Play Store, it grew by 22% by last year and reached $18.4 billion.
The Growth has risen-up in 2018 compared to 2017.

All you need to drop an email at [email protected] and the assistance is all in the way.